Kingsfordweg 151
1043GR Amsterdam
+31203449160
l.urbo@princeclausfund.nl
https://princeclausfund.org
The Prince Claus Fund was established on 6 September 1996 as a tribute to HRH Prince Claus's dedication to culture and development. Since then, the Fund has created opportunities for connection and exchange and stimulated cultural expression, primarily in Latin America, Africa, Asia, the Caribbean and Eastern Europe. 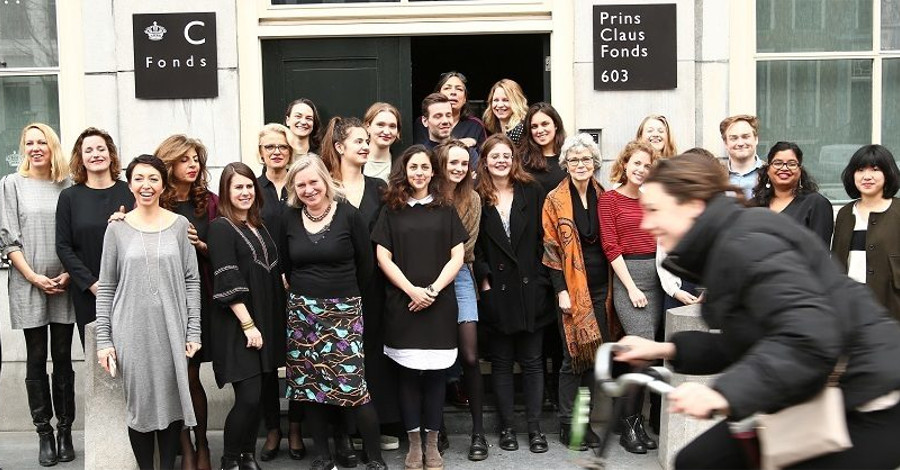 How the Fund came about:

In the 1990's the Dutch government was committed to supporting human rights and to helping countries overcome poverty and obstacles to development. Scarce attention was paid to the role that culture played in maintaining those obstacles or how it might positively affect a given situation. HRH Prince Claus, father to King Willem Alexander, a diplomat with a deep appreciation of different cultures believed that culture and development were inextricably intertwined.

On his 70th birthday, the Dutch Parliament honoured HRH Prince Claus by funding for the creation of a foundation in his name, a Fund for Culture and Development, a unique concept at the time. A Board of Directors was named, Els van der Plas was appointed the first Director and the Prince Claus Fund took form.

Much has changed in the world over two decades. The Fund has learned from experience and adapted to needs, but the Fund's belief that culture is a basic need has only grown stronger. We have supported cultural exchanges, awarded excellent artists and cultural organisations, and rescued cultural sites and artefacts threatened with destruction but we are proudest of all of what our partners have been able to achieve with that support. From a theatre group whose wordless plays brought different ethnic groups together in conflict areas of Iraq to a Yemeni filmmaker whose work changed the law concerning women, we have seen first-hand the transformative power of culture!